Lockdown has been a great time for audiobooks – you could have them playing while doing jobs around your bubble. Personally, I’ve been going for audiobooks of stories I know quite well as there is something comforting in the familiarity of well-known books. 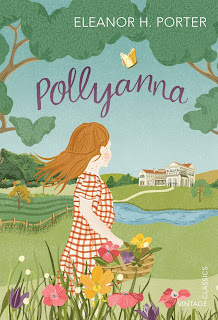 Pollyanna was written by Eleanor H Porter in 1913 and tells the story of the little orphan girl, Pollyanna, who was taken in by her stuffy, dutiful aunt. Pollyanna’s father was a poor missionary who invented the ‘glad game’. The glad game began when Pollyanna wanted a doll so they asked that one be sent in the missionary barrels because they couldn’t afford one. The missionary barrels arrived but there was no doll, instead there was a pair of crutches. Pollyanna was disappointed but then she and her father decided that they could be glad they didn’t need the crutches. After her father dies and she moves to live with her aunt, Pollyanna shares the glad game with the town - except her aunt because her aunt has forbidden her to talk about her father. Pollyanna quite unknowingly changes the outlook and future of many people in the town but then something happens that makes it seem impossible for her to play the game. There are many sequels to Pollyanna also written by Eleanor H. Porter, including Pollyanna Grows Up, also on Libby. 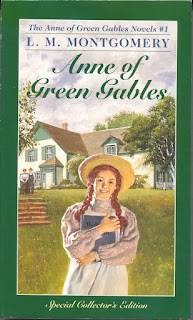 Anne of Green Gables by L M Montgomery was written in 1908 and remains popular for children and adults due to the creative and likeable main character. Anne has been an orphan for almost her whole life and has been shuffled between orphanages and foster families ever since. The foster families took her in to help care for their children and were unkind to her. Anne longs for a place to call home and a family of her own. One day she is selected to leave the orphanage to make a new home at Green Gables with Matthew and Marilla Cuthbert. But when she gets there she learns that there has been a mistake and the Cuthberts wanted a boy to help on the farm. However Matthew quickly becomes attached to Anne and they decide to keep her on a trial basis and hire some farm help. Anne’s imagination and red haired temper land her in a few spots of trouble throughout the rest of the book. L M Montgomery wrote many other books including nine sequels to Anne of Green Gables. 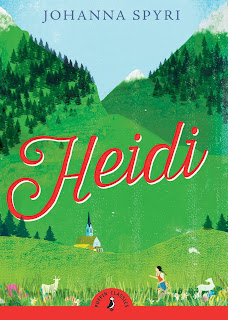 Heidi was written in 1881 by Johanna Spyri. There are several different movies based on the book – one starring Shirley Temple. Heidi has been living with her aunt since her parents died when she was very young. When her aunt is offered a job, she takes Heidi to live with her estranged grandfather. Her grandfather is viewed as hostile by the village of Dorfli, but he takes Heidi into his home and is kind to her. Heidi settles in well and enjoys living in their house on the mountain until her aunt returns to take her away. Heidi is a beautiful story set on a picturesque mountain in Switzerland. Sadly the author passed away before she could write any sequels to Heidi. Her translator, Charles Tritten, however, wrote several sequels which perfectly capture the style of Johanna Spyri, including Heidi Grows Up and Heidi’s Children, published in 1939. 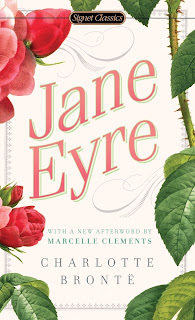 Jane Eyre by Charlotte Bronte (sorry, another orphan story) was written in 1847. I was obsessed with Jane Eyre as a teenager and listened to the audio story from the library many times (I don’t remember it being over 17 hours however). Even now I watch as many versions as I can find. There are so many facets to this love story – if you are a Jane Austen fan this is a must read, watch or listen to.